7 Things I learnt about running

A few weeks ago I started running as part of my self-improvement drive. Up till now my life had been pretty sedentary and the only time I ran anywhere was when there was food at the end of that rainbow.

After a few weeks of running I can safely say that I’ve learnt a few things. 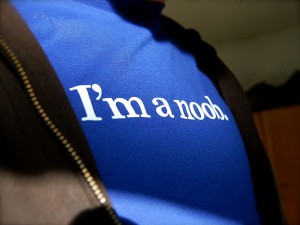 It’s ok to be a noob

Just before I started running I did a little research online, I was looking at what my goals should be in terms of duration of the run and length. Most people were talking figures that seemed to be super human to me and just thinking about them hurt. I was seriously unfit and the thought of doing 8 to 10km was not very attractive to me. I almost didn’t start until a friend told me that it’s ok to be a noob. You don’t have to run the same distance as the other runners, you just have to run, a little distance is better than no distance. 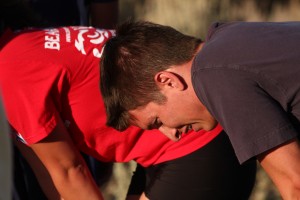 Reading about running online is somewhat misleading. They tell you about the positive side where you get a rush of endorphins and you feel good all day and all that bull, but they do not tell you that you will be in pain for the first few runs.

My first week of running was pure, unadulterated hell. I hated everything about running. After my first run I was sore in places I didn’t know muscles existed. It was sore to sit down, it was sore to stand up and it was sore to stay still. Basically it was just sore. Walking, a usually easy task, became a feat of will power and getting up every morning and getting out the door for another run took super human effort.

It’s hard to feel those pleasure giving hormones when you brain is calling you all the bad names it knows in 16 different languages, 14 of which you don’t speak. However, if you push past the hell phase… 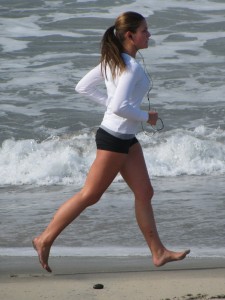 I think the best moment in my affair with running is when I realized that it didn’t hurt any more. In fact, when I finished my run I felt like I could go for another round easy, I didn’t go, but I felt like it. Another great moment was when I first beat my longest distance without stopping. It was amazing because it showed me the very real progress I had made.

Life is funny that way, when you surpass yourself you are forever changed and the more you do it the better you feel. It’s such an amazing feeling to look back at where you started and compare with where you are now.

The only way to get better at anything is to push yourself. If today you ran 2 km without walking then your goal is to beat that distance. If you make the whole circuit in 30 minutes then aim for 28. I find that this method helps improve my performance, and it gives me a real high when I beat my previous goals. However I must emphasize the need for a little sanity here, it is very easy to set unrealistic goals that you will obviously not meet and will hence demoralize you. If you have managed to run 2km without stopping then going for 2.5 is ok, 3 is stretching it, 4 or 5 is setting yourself up for failure. 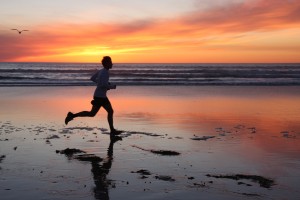 You don’t need much to get going

All you really need to start running is a pair of sneakers, and some runners don’t even use those. When I started I got caught up in trying to get the most of my runs and ended up delaying because I didn’t have a pedometer, a heart rate monitor, perfect airy shorts, rubber band for my phone, etc. All those things are lovely and they can add tremendous value to your run but they are all peripheral.
You don’t need them.
Just get out and run, as long as you are running you are doing something right, all that other stuff can always come later.

If you do have music then you need to choose it wisely. I learnt pretty quickly that the music I played affected my pace and how long my runs lasted. I learnt not to play songs with super fast tempos because they tired me out too quickly while songs with slow tempos just don’t sync with my pace and made it awkward to run as I kept unconsciously trying to match my pace with them. I cannot recommend songs because they have to be something you want to hear but pick a song with a tempo that suits your pace.

Running alone is fine but running with another person is way better. If you can’t find a running mate then just get someone who cheers you on. There were times when I wanted to quit but I didn’t because I had someone there who showed interest in my progress. If I had not told anyone about my running then when things got hard, I probably would have quit and no one would have known. Since I had people who showed interest, I forced myself to run because I knew it would feel better when they asked about my run and I had actually run rather than had I not.